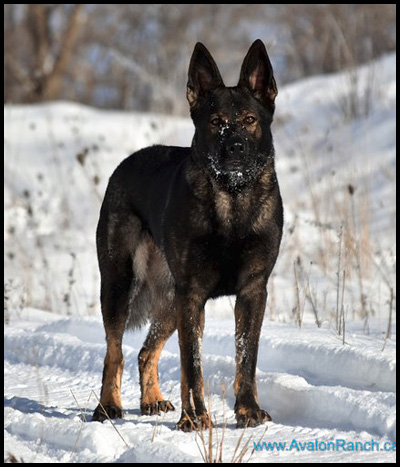 If ever you are looking for a German Shepherd I would like to point you in the direction of Wolvesden Kennels. I cannot thank the owner Jean Price enough for letting me share my life with one of the most beautiful dogs I have ever laid eyes on. Maze is one of the easiest dogs to train I have ever met. She has participated in so many sports and excels at everything she tries. We’ve done Rally Obedience and she made it so easy. She tried ratting and thought that was great fun. She always has a smile when she is doing Agility. Sport Scent detection was a breeze. She absolutely loves Lure Coursing and has been clocked going 55km/hr. She has competed extensively in harness sports both is Cani-Cross and in Bikejor either single dog or doubles with her friend Feral the Malinois. I don’t know many German Shepherds that can run like a Malinois, let alone race in harness with one. German Shepherds are generally known for being larger and slower. She is certainly bigger, but I have seen her outrun the Malinois. Maze even competed in World Dryland Qualifiers.

She has also competed to Championship level in Diving. We have recently started doing Aquagility with her and are just loving it.

Besides her incredible athletic abilities, she is super friendly and quick to make friends with everyone she meets. None of this would be possible if she wasn’t super healthy and well built. Maze has no allergies or food sensitivities and is an absolute power-house.

You would think that a dog like this would be energetic and difficult in the house but ever since she was a puppy she has had a great ‘off switch’. I remember her sitting at my feet for hours in the sewing room (that had to be boring) and she never said a peep. She was just happy to stay with me until we got up for then next potty break. As I write this she is laying at my feet, just hanging out. Nothing in the house ever got destroyed and you only have to teach her something once for her to happily do it for ever. So if you are looking for a companion on your adventures, a Wolvesden dog would be the perfect friend. 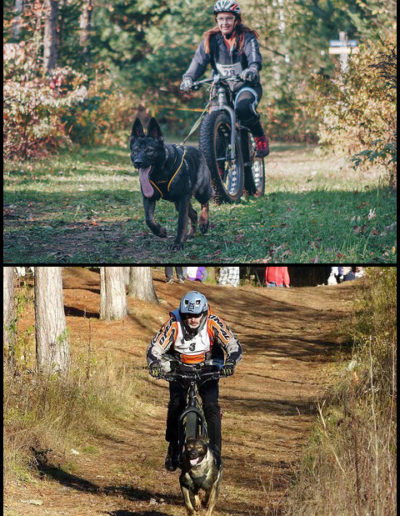 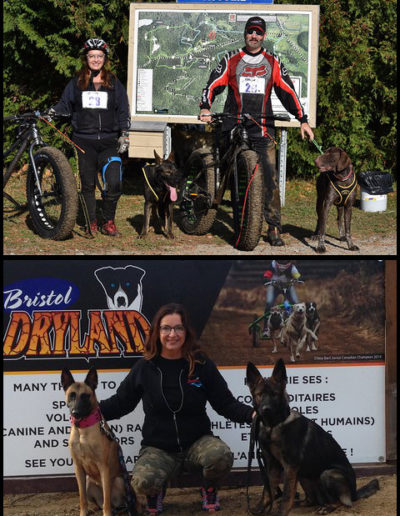 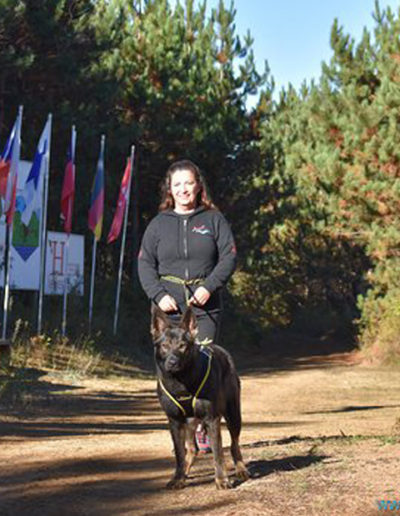 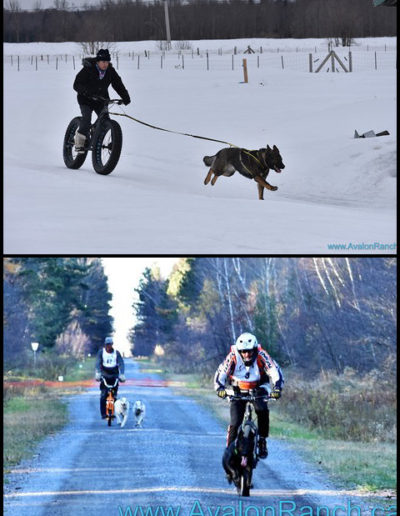 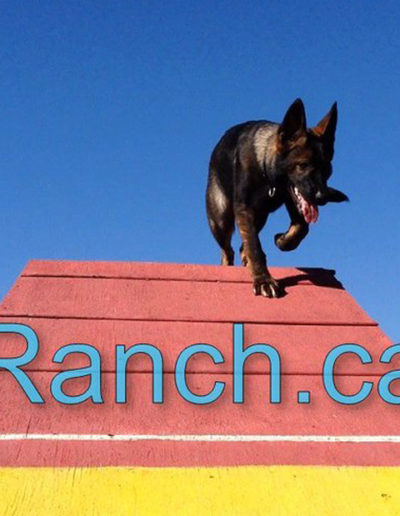 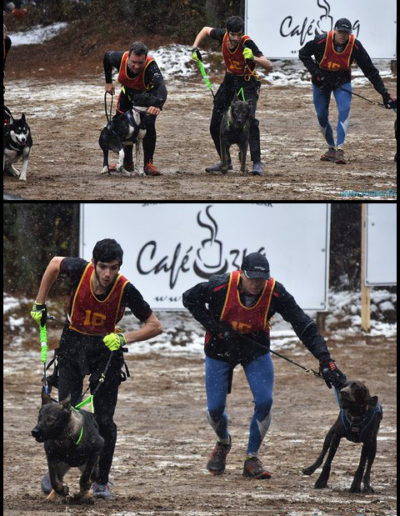 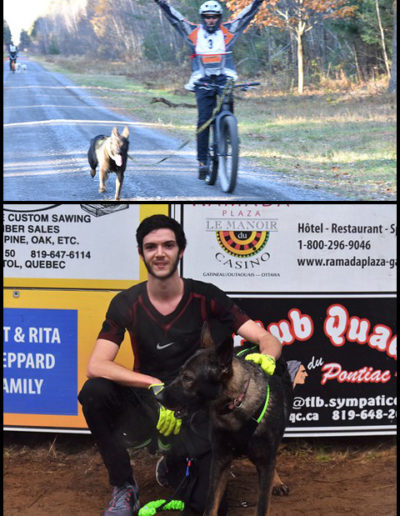 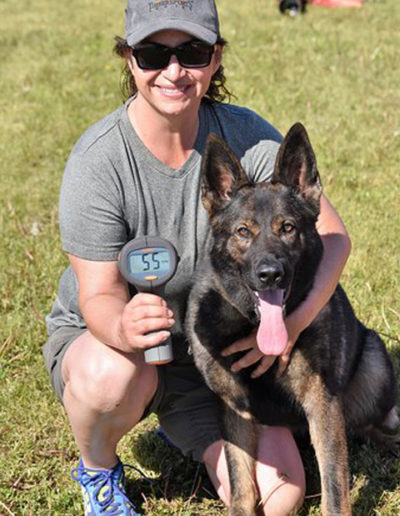 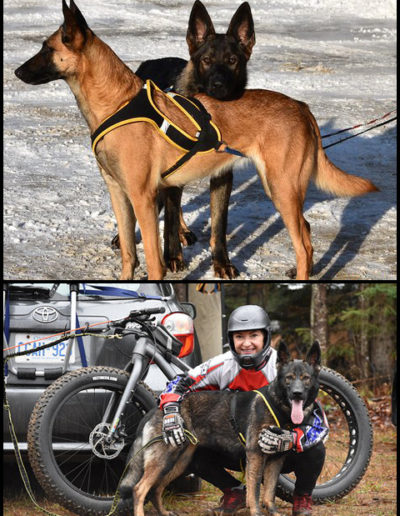 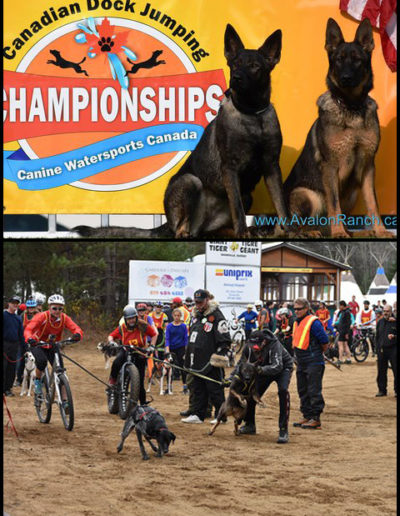 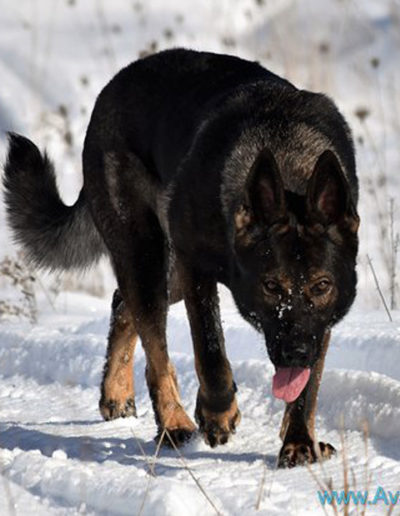 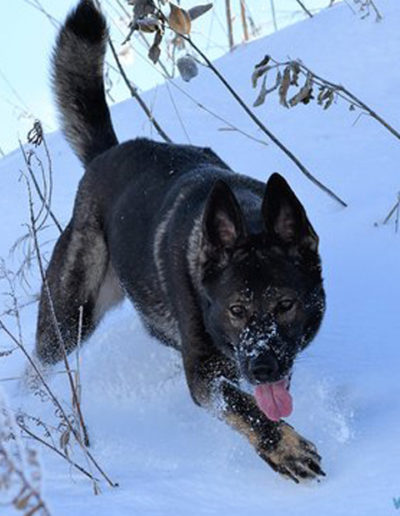